GET A HIGHSCORE BY MATCHING BLOCKS TO BLOW THEM UP!

USE BRUCE TO HELP YOU GET POWER UPS AND DETONATE BOMBS FOR EXTRA POINTS!

CAREFUL! WHEN HE GETS CRUSHED THE GAME IS OVER, SO KEEP HIM SAFE!!!!

Great, and fun block platformer, though. Besides the spikes, would the game also be over if a block falls on Bruce?

Yeah! If you match a few that let the higher blocks fall and you jump under them, it will be bad news!

It's great that you made the attempt to infuse both of them at once, but the problem stems from the core gameplay that feels like two separate games. I can only ignore the moving character for long until it reaches the top. Additionally, having a mouse cursor being restricted to switching two neighboring blocks on left and right doesn't give enough flexibility to move blocks. With the player having to micro manage between positioning the player to be at the very bottom and doing the chaining to gain score in the meanwhile, it's not the most intuitive core loop. At least it's good the game scope is very small to allow trials and errors to be played out.

If you want to look at examples that does infuse color match and platforming more smoothly, you may want to look at some examples like Mr. Driller and Super Puzzle Platformer Deluxe. They infuse the player movement and action as integral to clearing blocks without having the cursor floating around and doing the work separately.

I found your game looking for high score puzzle games. It is pretty neat!

This game is awesome!

Really cool game. I hope you guys are able to bring it to mobile someday.

This game is really good! it gives tetris vibes in a new format! Fun.

Thank you kindly, glad you enjoyed it!

Oh I reloaded and it worked yay!

Whether I try to use arrows or WASD I can't move at all, but I think it's on my side and not the game. Otherwise, this is a totally awesome game and I love it!

instead of advertising i'm just gonna say i like the game, got a high score of like 48k and i think it's fun :) 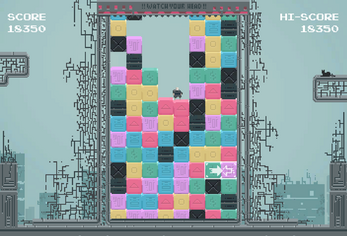 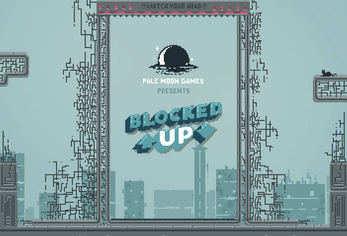